In South Carolina, the Greenville Civitan Club was chartered in 1922 and in turn assisted in the chartering of clubs in Columbia and the upstate area. During these early years Civitan grew rapidly in membership and service to communities in the Carolinas District. Enthusiasm for Civitan continued into the depression years when economic conditions caused a heavy loss of members. In 1933, the Greenville, Easley, Greer and Pelzer Civitan Clubs surrendered their charters.

Civitan survived the depression setback and by 1947 there were 41 active clubs in the Carolinas District. Fourteen (14) of these were in South Carolina. Also, during these early years the District had twenty-six (26) Governors and of these five (5) were South Carolinians as follows:

In 1946, the challenge to oversee and administer forty-one (41) clubs covering such a large geographical area lead to a proposal to divide the Carolinas District. In Convention at Myrtle Beach on May 25-26, 1947, the delegates approved the division of the Carolinas Civitan District. The Civitan International Board approved this action and the South Carolina District became a separate entity with fourteen (14) clubs and a membership of six hundred thirty-nine (639).

During the First ten (10) years (1947-1957), the South Carolina District increased its number of clubs to thirty-one (31) with a membership of twelve hundred (1200). From 1957 to the present, membership has fluctuated considerably but the number of clubs has remained around 30 while District project activity has accelerated.

The first major District project was adopted in 1948 in cooperation with local clubs. Governor A.C. Bowie proposed a Scholarship Program to assist young people in South Carolina orphanages toward a college education. Applicants were screened by competitive examination and selected annually. The project was funded through contributions of one and half-dollars ($1.50) per member from clubs in the district. The first two students to graduate were Gaynelle Kernell from Winthrop College and Dennis Dellinger from the University of South Carolina in 1953. This project was continued for many years and benefited many young people.

Fund raising in support of Civitan service projects is a very important activity and the South Carolina District joined Civitan International in promoting the sale of Claxton fruitcake in the early fifties. Fruitcake sales remain a dependable source of income for many clubs.

Other District promoted fund-raisers past and present are the sale of Halloween candy, trash bags, and the Civitan Candy Box. The latter has been a major source of income for projects for people with disabilities and for support of the Civitan International Research Center.

In 1965, the South Carolina District renewed interest in the Junior Civitan program for high school students. Under the leadership of Ed Jones of the Five Points Club, the interest in forming Junior Clubs was greatly stimulated and the first Junior Civitan District Convention was held in 1967.

The South Carolina District began participation in an ongoing camping/conference for youth program with North Carolina East and North Carolina West Districts in 1967. Known as the Civitan Youth Conference and held in the mountains of North Carolina near Little Switzerland (Wildacres), it was moved in the early 1970's to Hendersonville, North Carolina, and finally to Cleveland, South Carolina. Suffering for financial support, the camp was closed in 1989 and from it evolved the Junior Civitan Leadership Conference first held at Francis Marion College in Florence, then at Presbyterian College.

The third annual conference in 1993 attracted 113 youths in three weekly sessions. Local club scholarships are the principle support. Activities are similar to the original concept...except for location. Weekly workshops, planned by staff and campers, provide opportunities to develop skills in goal setting, organization, communications, problem solving and self-discovery. Thousands of young people have been positively influenced in this program.

South Carolina Special Olympics support is a major District project in sponsoring the annual Summer Games at Ft. Jackson. Contributions from clubs and District account for approximately ten thousand dollars ($10,000) per year. In addition, Civitans from all over the State volunteer thousands of service hours to area, state and International Special Olympics.

The South Carolina District is unique among Civitan Districts as one of only a few that had a central administrative office. In 1971, the District established an office in Columbia, South Carolina to support the activities of the District Governor, Directors and Program managers in providing services to local Civitan Clubs, and as place and means for information and records.

The first secretary was Virginia Sibauste who worked under the supervision of a District Administrator. For ten years Civitan Otis Jeffcoat served in this position until his retirement in 1981. Joyce Westbrook then served as Administrative Assistant to the Governor and District Board and Secretary/Treasurer of the District until her retirement in 2011 although the physical office had been closed several years before. Joyce's association with Civitan began in 1977. Since then the Secretary and Treasurer positions have been filled by Civitan volunteers, selected by the District Convention.

The Key to Success in an organization is its people...especially those with leadership qualities. Civitan has been fortunate to have those men and women of vision and commitment to step forward to guide, direct and energize with ideas and enthusiasm, often at considerable sacrifice. The following are district Governors who have contributed their talent as Builders of Good Citizenship:

South Carolina Civitans have served Civitan International on many committees and otherwise contributed support of Civitan programs. The following Civitans have represented the District with honor and distinction on the policy making Board of Directors as Regional International Vice Presidents or Directors:

RECOGNITION OF SERVICE TO THE SOUTH CAROLINA DISTRICT

Outstanding service to Civitan and Community is recognized at each Annual South Carolina District Convention to clubs and individuals through the District Awards program. For the individual Civitan, the most prestigious is the District Honor Key...followed by the "Otis Jeffcoat Award" named in honor of the distinguished former Administrator. For clubs, the most coveted is the Governor's Trophy which is presented to the club with the most outstanding community service program. The latter was initiated in 1981-82. Those who have been so honored are:

The Civitan International World headquarters Building in Birmingham, Alabama has an impressive wall display (10 by 30 feet) on which the names of Civitans are inscribed in recognition of outstanding service to Civitan. The following are categories and individual Civitans of the South Carolina District who are so honored on Civitans Wall of Fame.

The high office of President of Civitan International has been an elusive one for South Carolina Civitans. Two native sons have served with honor as head of Civitan during its long history.

The first was Dr. Maurice L. Townsend, originally from Society Hill, South Carolina, who served as President of Civitan International in 1933-34. At that time, he was a member of the Washington, D.C. Civitan Club. His convention in Toronto, Canada was the first held outside of the United States. Dr. Townsend returned to Society Hill after retirement and made himself available as a speaker at Civitan functions until his health failed.

Dr. John R. Pate, a native of Scranton, South Carolina, served as President of Civitan Inter-national in 1965-66. His home club also was Washington, D.C., a member of the Chesapeake Civitan District. Dr. Pate's convention was held in Jacksonville, Florida. 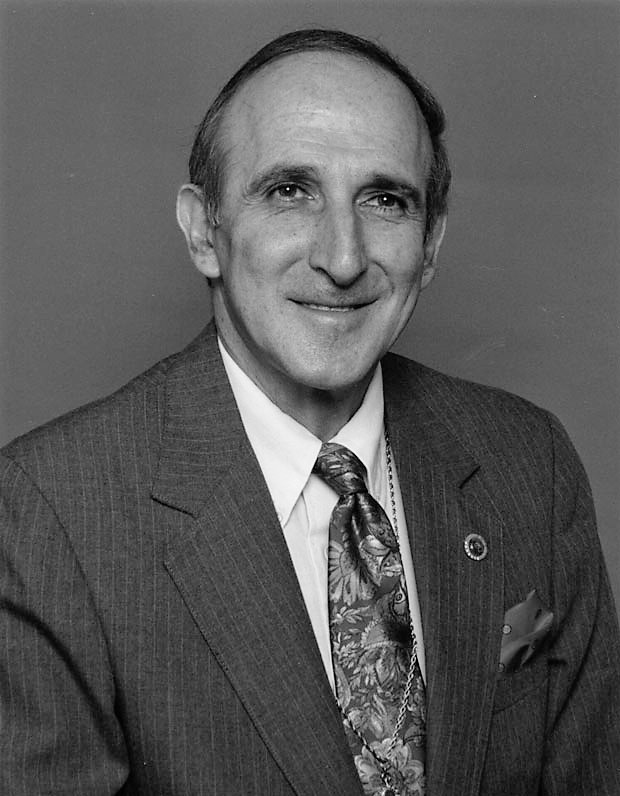 John was installed as President of Civitan International at the World Congress of Civitan in Hanover, Germany, on June 30, 1993, and assumed office on October 1, 1993 - a proud moment for all South Carolina District Civitans and a promising future.

Civitans of South Carolina were excited to welcome Civitan International President Bob Jones and Civitans from around the world to the 99th Annual Civitan International Convention in Greenville. Delegates were treated with a beach and shag party and plenty of sweet tea. The traditional fund raising events, the Breakthru Golf Tournament and the newly named Civitan Fest raised over $240,000 to support our Civitan International Reasearch Center. Read a complete recap of the convention in the July issue of Civitan Magazine. 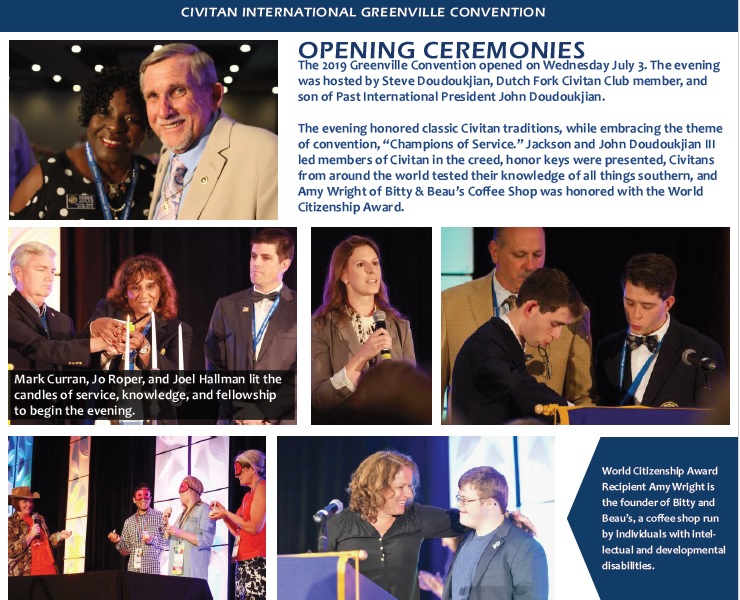 The information in this report is current through the 74th Annual Convention of the South Carolina District of Civitan International September, 2021, Greenville, South Carolina.

A Brief History of Civitan in South Carolina - James B. Aiken, Past District Governor (1950-51).